Developed in the highest level of secrecy, not on mars but on terra, the leviathan pattern dreadnought represents an alternative development of the highly successful contemptor design. it represents a hybrid of technologies, some of which it is believed date back to the age of strife, while other rumors suggest it was created by the hand of the emperor directly. Regardless of its origins, the resources required to produce a leviathan dreadnought are immense, equal perhaps even to an imperial knight. 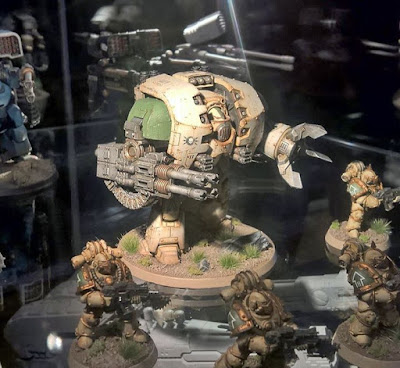 Photo of the pre-release leviathan dreadnought at warhammer world open day today. This one, armed with a leviathan storm cannon and leviathan siege claw.

The model comes with both rules for heresy games and for standard games of 40k as part of the space marines. 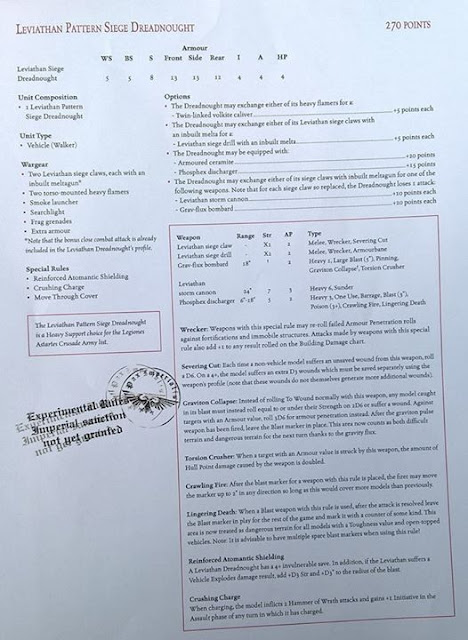 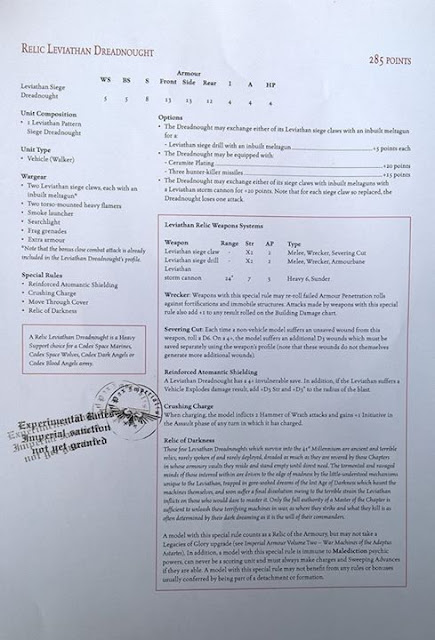 The dreadnought was on sale today at the open day, with the body selling for £40, and each arm for £13. The total cost of this dreadnought is therefore around £66.

Staff on site suggested that the full release would be before christmas, and aim to be ready within the next month or so.

As usual, if you have any questions or simply an opinion, comment in the section below, and I will take time to read and answer them.

Don't forget to share this post and follow us, either by becoming a member for free (see right), or by following us on google+. It really means a lot to us. Thankyou.