The bigger they are... 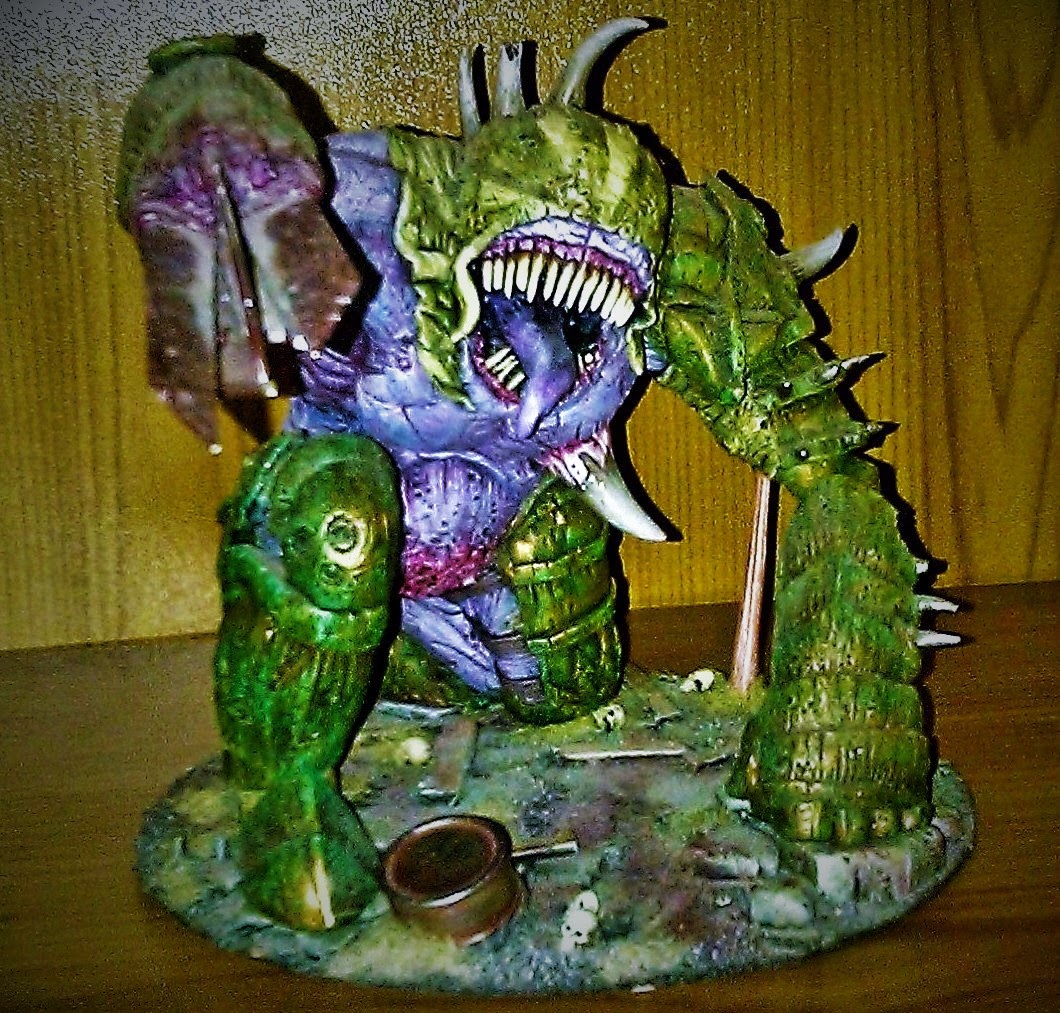 Meet Big Bob, just your average great unclean one.
(Currently in use as a proxy of Scabeiathrax the Bloated)

A few years back whilst searching for good deals on eBay, I came across this little beast, a great unclean one made out of green stuff... Lets me just tell you that this picture does not do the model justice, the guy who sculpted this did a great job in my opinion, and I probably could talk for several more hours about how great he is. However, this is not a post about a great model, this is a post about the rise and fall of the Daemon Lord of Chaos.

Back in the day when gargantuan creatures were few and far between, only really played in apocalypse games, gargantuan creatures (and indeed any so called lord of war) had their place, used only for special occasions and fun, where winning was not the priority. Models such as Scabeiathrax were hard to kill but very rarely effected the outcome of the game significantly.

In today's game, with escalation now widely in use, apparently anything goes, you can see army flattening units such as the revenant titan for the Eldar or the transcendent c'tan for the Necrons. Bringing me to my point, is my favourite model now redundant? Is Big Bob Dead?

With the inclusion of Destroyer weapons, these once unstoppable behemoths are now little more than automated piles of scrap, moving ever closer to their ultimate destruction at the hands of one of the many D-Weapon wielding lords of war. Sadly Even the 370pt knight titan wields a destroyer weapon, and is able to easily inflict 5 woulds on most gargantuan creatures. The massive Lord of Skulls, is even more of a threat albeit at a higher cost.

However, the likes of the Revenant Titan and the Transcendent C'tan eclipses all unlucky enough to fall under their shadow. Both of which could easily take out the 6 wound Daemon Lord in a single shooting phase. I must admit though, that I now own a Transcendent C'tan, as sad as it is, there is no escaping these Death stars amongst death stars.

Will this make me stop using Big Bob though? No, because often you will enjoy a hard fought game, with an army you love more than the winning itself.

But if you are tired of losing to these killers, when you cant beat 'em, you might as well join them.
-Zarak
Don't forget to share this post and follow us, either by becoming a member for free (see right), or by following us on google+. It really makes a difference. Thankyou.
Labels: 40k Discussion Zarak