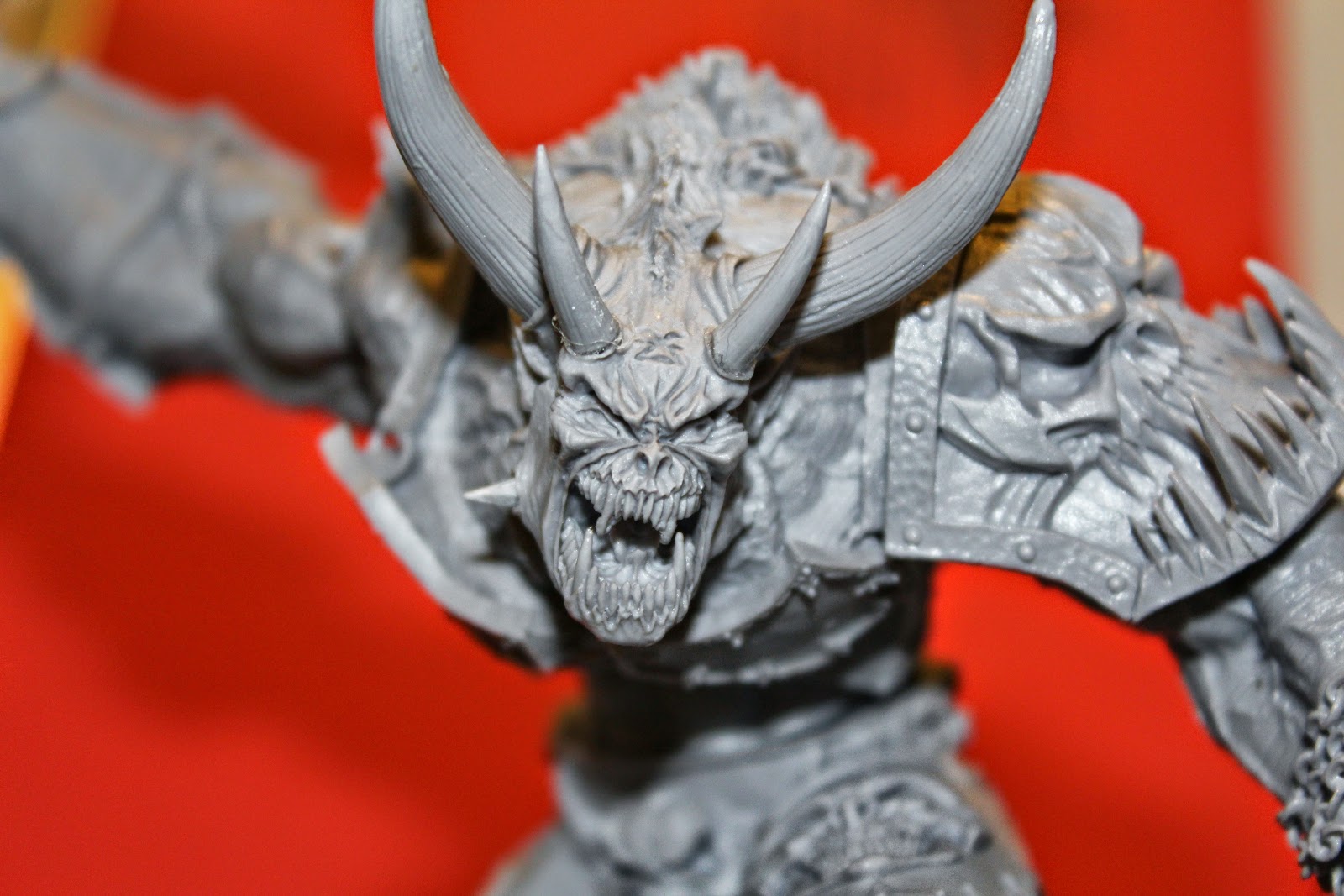 After a few years of sitting in a box, An'ggrath the unbound has finally made an appearance.
Almost...

I'm going to keep this a short post and let the pictures do most of the talking...

A few short notices, I have left a large number of parts un-attached for the time being, these parts are the wings, the whips, and some of the blades that attack to the shoulder and ankles.

As you will probably also notice, he is missing one of his small horns on his jawline, the kit didn't actually come with the horns, rather than contact forge world i simply made my own. Only one is stuck in at the minute though.

Also, my camera decided it wouldn't work in any setting apart from macro, so all the shots had to be taken relatively close to be clear. So the image below is the most you will see altogether.

The kit was relatively difficult to assemble, with the join between the torso and the legs particularly difficult. This join took a lot of remodelling and pinning to get anywhere near right. all other joints were fine. with only a few pins needed elsewhere.

You cant see from these images here, but I trimmed down the square base he came with to fit on the oval flying base that came with my valkyrie (we shall see what happened to that another time). This ties him in with both the other greater daemons produced by forgeworld, and the new bloodthirsters released this weekend by GW.

For use in games, I may now use him as skarbrand, because he is not only just bigger than the new bloodthirsters, whether or not this will be the case is yet to be decided.

Anyway, enough of my words, khorne cares not for such intricacies, he cares only that heads shall fall....


BLOOD FOR THE BLOOD GOD 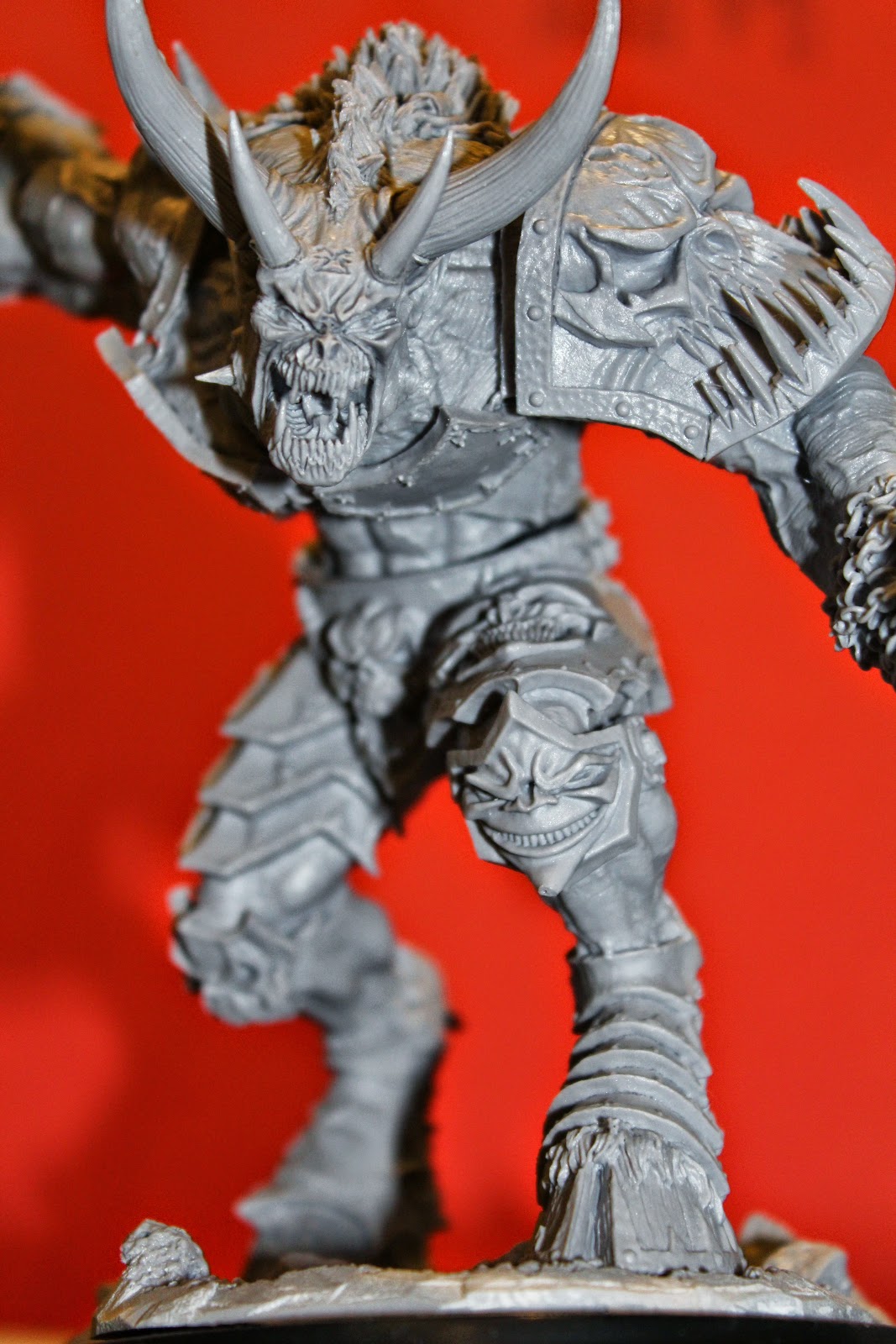 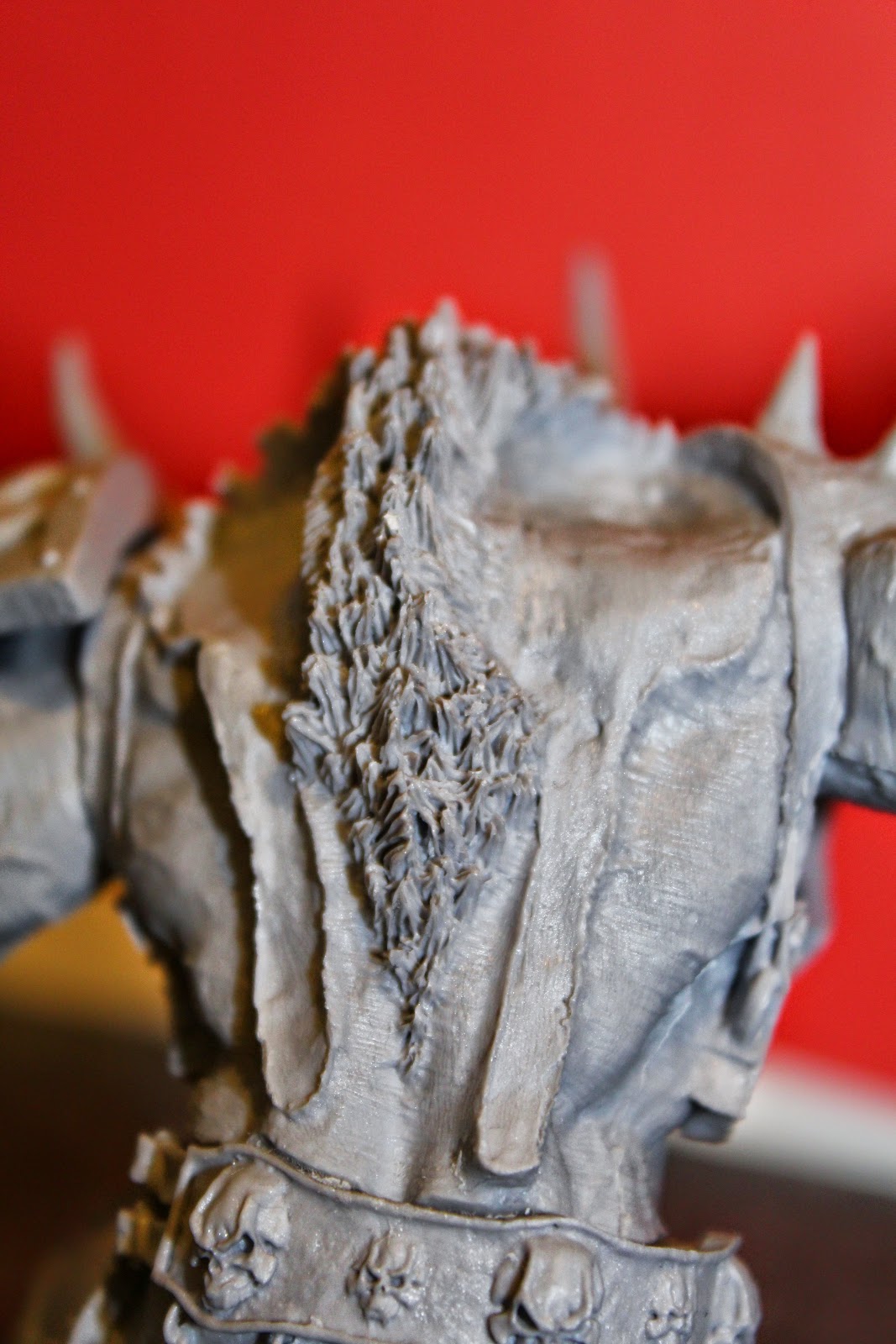 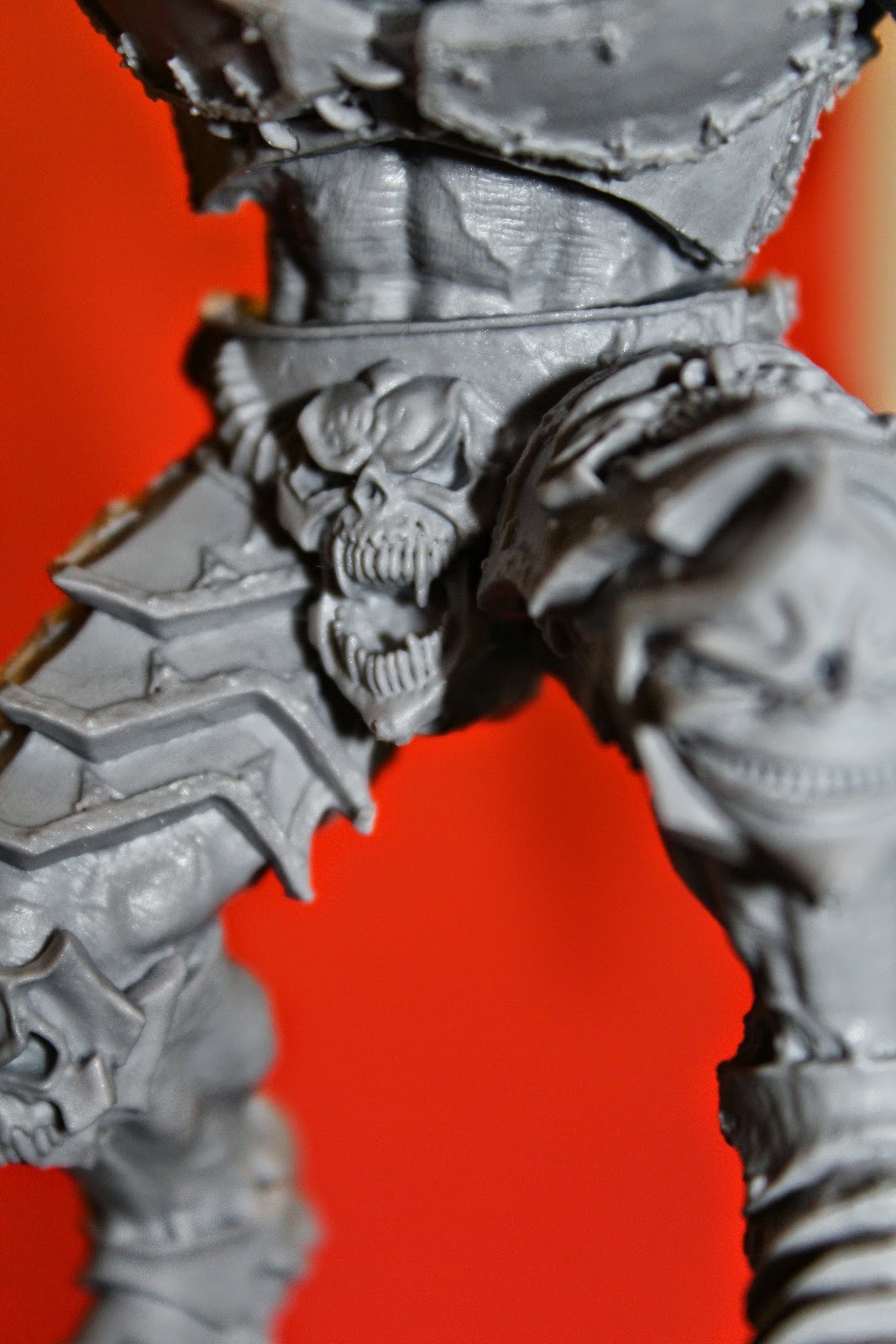 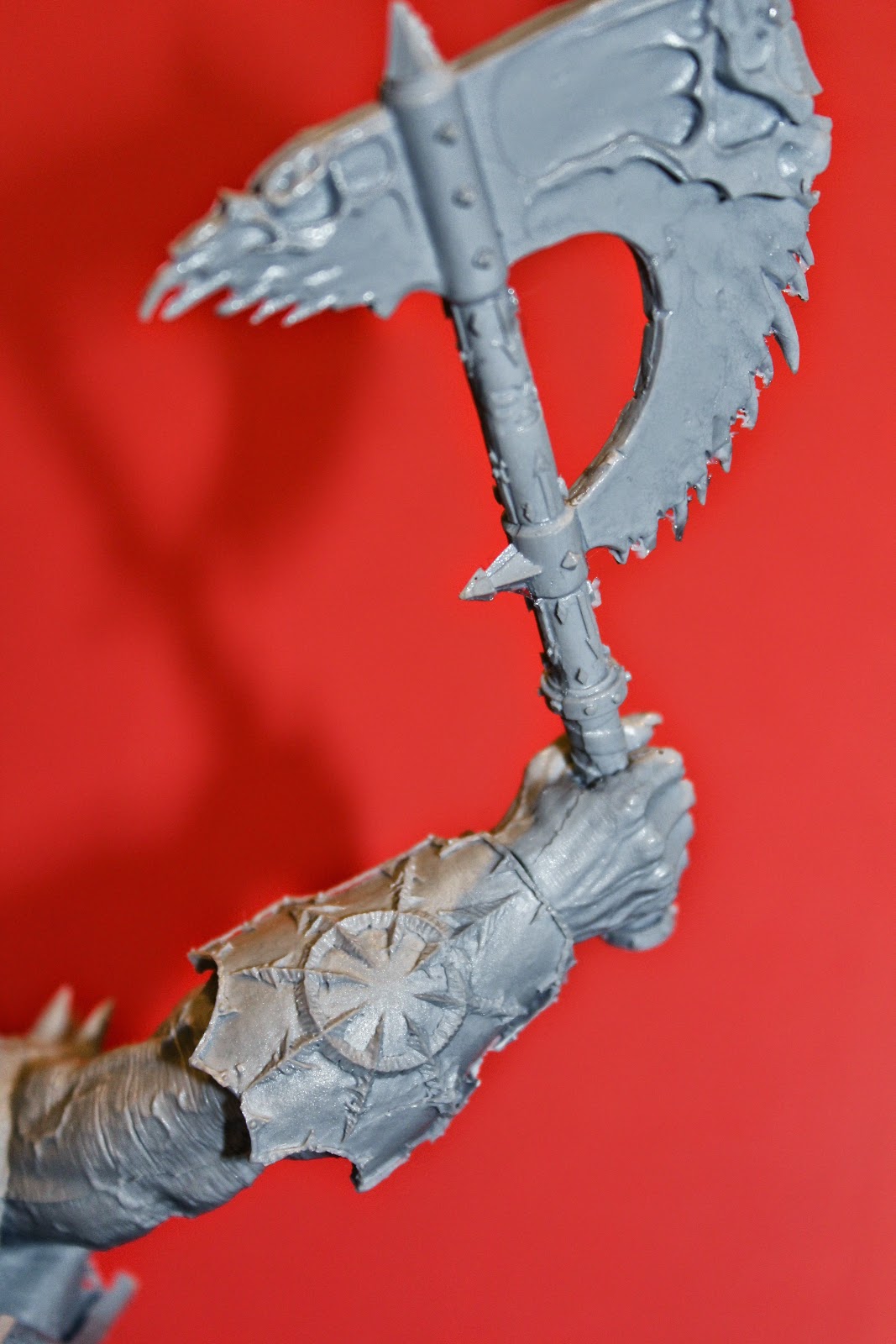 Well that's about it, I will post more as the project progresses. I will be trying to finish my crashed valkyrie soon, so expect that soon.

As usual, if you have any questions or simply an opinion, comment in the section below, and I will take time to read and answer them.

Don't forget to share this post and follow us, either by becoming a member for free (see right), or by following us on google+. It really means a lot to us. Thankyou.